Reasons Why You Should Never Give Up

Many a times we question ourselves whether the risk is worth the shot. But the question that we should be asking ourselves is that which is worse, failing or never trying? And the reason why do not ponder on this is because we often flooded with questions like “How come you could not make it?” while our efforts should be acknowledged and encouraged for our future endeavours by saying “better luck next time.” Let us know why we should always keep trying and never be afraid of failures:

Failure is a Step Towards Success 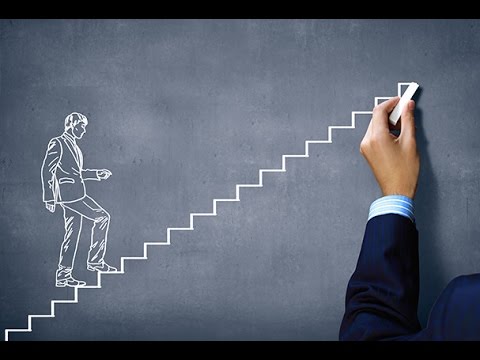 The only thing that is keeping you away from success is the thought of not trying at all. Failing does not mean that you are not good at something. It simply means that you are not doing it the right way. We should always remember the famous quote by Thomas A. Edison “I have not failed. I’ve just found 10,000 ways that won’t work”. Every virus has a vaccine, every bacterium has an antibiotic. All it needs some time and effort. Developing a successful vaccine is followed by a number of flopped trials. Now, if a scientist is fed up with the failures no vaccine will come in to existence. While some figure out the correct way quite soon, some have to struggle for years. But when you achieve that goal, this is everything that would matter.

A simple way of explaining this is by our usual commute. Whenever we travel by road, we face a few bumps. These bumps are made are meant for your safety so that you can regulate your speed. Similarly, failing does not brings an end to your journey but reminds you to keep on trying again and again and pave your way to success.

People Who Did Not Give Up

Abraham Lincoln, one of the most renowned personalities, started with a failure in business. He lost in state legislature elections, and even lost his job. Then, he borrowed some money from his friend to start a new business but lost again and was soon bankrupt. But he never decided not to give up. He kept trying and after facing a few more failures, he reached his ultimately goal. He was elected as the first president of United States that earned him immense respect.

Colonel Sanders, Founder, KFC also has an extremely inspiring story. The chicken that we all love and cannot stop ourselves from licking our fingers while eating it, the same recipe was rejected 1,009 times. He did not give up and soon KFC was a big hit and expanded internationally becoming one of the largest fast food chains in the world. Sometimes it becomes mandatory to face failures and succeed in our life. Dashrath Manjhi, popularly known as” Mountain Man” is another person who did not choose to quit. While a thought like cutting a mountain would not be a part of our wildest dreams, this man actually did it, single-handedly. He carved out a passage 360 feet long, 30 feet wide, and 30 feet high to reduce 55 kilometres distance to just 15 kilometres to shorten the travel between the Atri and Wazirganj blocks of Gaya town. This took him 22 long years of labour and numerous of hurdles that came in between. Owing to his hard work, the Bihar government also proposed his name for the eminent Padma Shree award.

Another major element that we should never overlook is that no one is born perfect. And no matter how much we try, we can never turn out to be a perfect individual. Someone who believes that there is still scope for improving can only thrive. So, as soon as you assume yourself to perfect, you refute progress and growth. Sometimes we don’t realize but the challenges actually strengthen us and our inner enthusiasm to face more and more failings to achieve success.

Since success does not come easy for some people, few start fearing failures or even blame their destiny for the struggles and catastrophes faced by them. Everyone needs some amounts of failures in their life to understand the actual worth of success. Only then, the person will be able to appreciate their efforts and stay humble even after reaching new zeniths of success.

I hope that you will be able to understand that how important it is to keep trying rather than not even trying. The only formula is to never give up. And soon you will be presented with the gift of success.